The performative art of reading

The founders of dpr-barcelona argue that books are powerful generators of public space.

Fiction can show you a different world. It can take you somewhere you’ve never been. Once you’ve visited other worlds, like those who ate fairy fruit, you can never be entirely content with the world that you grew up in. Discontent is a good thing: discontented people can modify and improve their worlds, leave them better, leave them different.

When the ‘counter novel’ Hopscotch by Julio Cortázar was published in 1963 it was celebrated as one of the most innovative experiments in 20th-century literature. The book was written to allow and encourage many different and complementary readings. As the author’s note at the beginning of the novel suggests, it can be read either progressively in the first 56 chapters or by ‘hopscotching’ through the entire set of 155 chapters according to a ‘Table of Instructions’. Cortázar also allows the reader the option of choosing their own unique path through the book. It’s no coincidence that the narrative – from the title of the book to the several overlapping stories that are contained in it – is based on a game often played in small groups in public spaces and playgrounds, in which the player has to hop or jump to retrieve a small object tossed into numbered patterns drawn on the ground. The book’s main structure has strong allusions to the notions of ‘space’ and the way we navigate through it, with its three main sections entitled ‘From the Other Side’, ‘From this Side’, and ‘From Diverse Sides’.

Similarly, but from a different perspective, one of the first things the reader notes when flipping through Fantasies of the Library edited by Anne-Sophie Springer and Etienne Turpin and published in 2016 by MIT Press, is that the book itself can be understood as a kind of public space. In effect, it presents a brilliant dérive through books, book collections and the physical spaces of libraries from a curatorial perspective, going from private collections and the way their shelves are organised, to more ad hoc and temporary infrastructures, such as the People’s Library at Occupy Wall Street in New York, or the Biblioburro, a travelling library in Colombia that distributes books from the backs of two donkeys, Alfa and Beto. Various configurations and layouts have been designed in response to these narratives. They include essays, photos and interviews, setting up different kinds of encounters between authors, editors, readers, photographers and illustrators. Once you have the book in your hands, you gradually start to apprehend that the four conversations are printed only on left-hand pages, interspersed with other essays on right-hand ones. So it is only when you start reading voraciously and are interrupted by the ‘non-sense’ of these jumps, when the understanding of the dynamics imposed by the layout manifests itself, that you become aware you are already ‘hopscotching’ from page to page. The chapter ‘Reading Rooms Reading Machines’ is not only a visual essay about the power of books to create spaces around them and gather a community, it is also a curated, annotated and provocative history of these spaces as a conceptual continuation between the book and the city, ‘two environments in conjunction’, as Springer writes.

In some ways, it resembles the encounters you have in the streets of your neighbourhood. Some people you only glance at, others you smile at, there are a few with whom you talk and if you’re lucky, you might meet a friend. Within the texts, you can hop back and forth, approving, underlining, or absorbing in more detail. From individual object to the container known as the library, the idea of the book as a territory is explored in depth. Different kinds and sizes of spaces and the interactions that happen in and between them emerge. Springer describes the library as ‘a hybrid site for performing the book’ – a place where the book is not a static object but a space in which the reader is an active agent, coming and going from the outside; outside the pages and outside the library. It recalls Ray Bradbury’s assertion that: ‘Books are in themselves already more than mere containers of information; they are also modes of connectivity and interrelation, making the library a meta-book containing illimitable intertextual elements.’

In moving from the ‘hopscotching’ suggested by Cortázar to the idea of the ‘library as map’ as discussed by Springer and Turpin, it is clear that the inextricable relationship between books and space forms the basis of our understanding of books as spaces of encounter, and the importance of heterogeneous books – whether fiction, poetry or critical theory – as spaces of encounter for architectural discourse. In that sense, books can be perceived as new kinds of spaces, where empathy, alterity and otherness are stronger than ideologies. Catalysing dissent and open dialogue, they can be one of the most effective tools of resistance in times of censorship, fake news and post-truth. Social anthropologist Athena Athanasiou explains how books have been used in public space as part of political struggles. ‘People have taken to the streets to fight for critical thinking and public education, turning books into banners and shields against educational cuts and neoliberal regimes of university governance’, she writes. This activism emphasises the strong symbolic power of the relationship between books and architectural spaces, ‘where the books were not only at the barricades, they were the barricades’. Such agency can transgress almost any kind of limit or boundary, and can happen in any sort of space – from your mobile device to the library or the street. But it is in the public sphere where the book’s agency can have the ‘power to affect’, becoming ‘a hybrid site for performing the book’ beyond the confines of the library.

A group of “silent readers” successfully transformed a space of fighting and friction into a meaningful space of encounter by simply standing still and reading.

Books can be ‘performed’ in many ways, especially when critical writing and the act of reading create spaces of encounter in the city. In June 2013, after plans were unveiled to develop Istanbul’s Gezi Park, artist Erdem Gunduz initiated his Standing Man protest while he stood motionless in Taksim Square for eight hours. This thoughtful form of resistance inspired a group of ‘silent readers’ who successfully transformed a space of fighting and friction into a meaningful space of encounter by simply standing still and reading books. It became known as the Tak sim Square Book Club, paradoxically one of the most dynamic demonstrations in recent years. The strength and energy contained in the bodies of each reader, but also in every book and the endless stories and narratives between covers, transformed Taksim Square into a highly politicised space. Instead of being compromised by conflict between government and citizens, it became a space of encounter that gave agency to each silent reader and to the wider collectivity they brought into being.

The moment when writing, often carried out in solitude, is published, circulated and made accessible to everyone is the moment of generating public space, argues the French philosopher and art historian Georges Didi-Huberman. This was demonstrated in the ‘Parasitic Reading Room’, a nomadic, spontaneous and parasitic set of reading spaces staged during the opening days of the 4th Istanbul Design Biennial. Initially consisting of a series of out-loud readings of texts at selected venues, it then expanded to become an urban dérive across the streets of the city in the company of a mobile radio broadcasting the live readings. In that moment, the ‘walking reading room’ became a space of exchange, knowledge and collaboration. Different points of view coexisted, enriching each other, forming knowledge assemblages. It reminds us that reading together, whether silently or aloud, forces us to interact, to respect the times and rhythms of others, to learn new words and their sounds and to think new thoughts. In doing so, we rediscover new territories of empathy that become visible when visiting these spaces of encounter, where we learn that we can host otherness as part of the self. Where comradeship is a means instead of an end. Books create the spaces in which to play hopscotch together again.

This piece is featured in the AR December 2018/January 2019 Book issue. 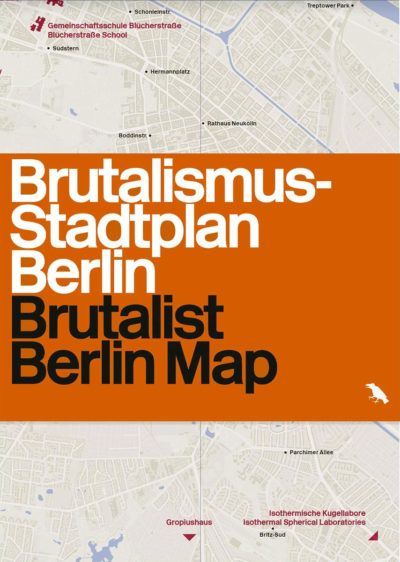 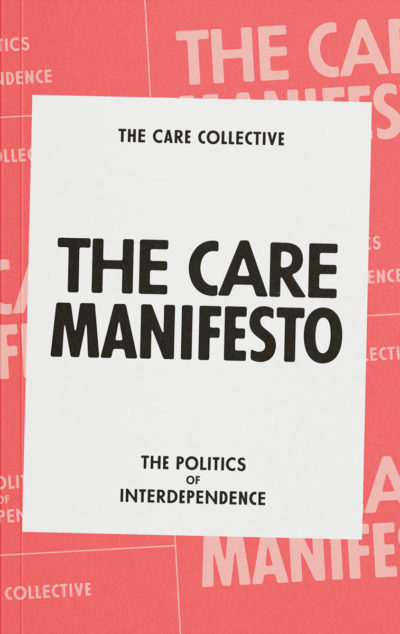 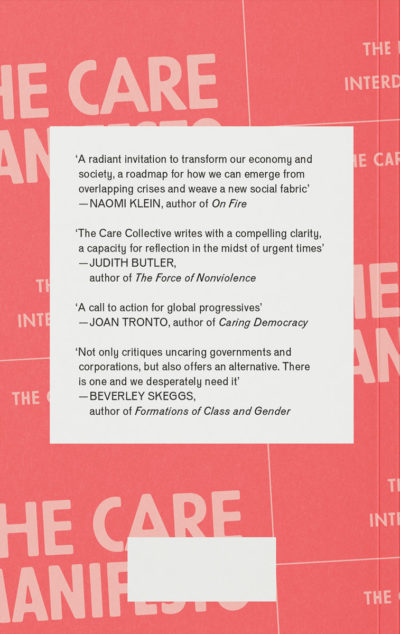 The Politics of Interdependence 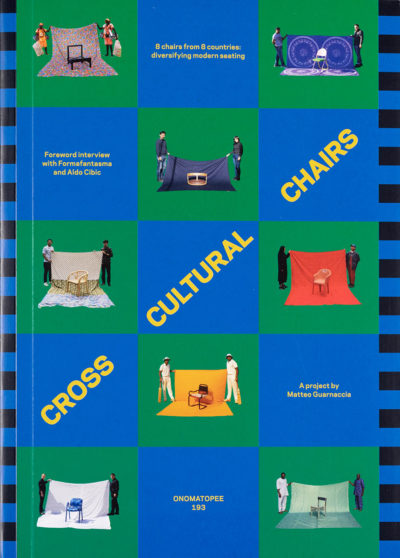 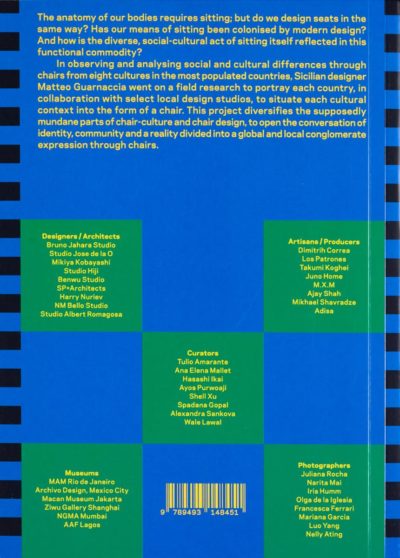